Build apps on six different platforms from a single codebase with Flutter 3. Learn more.
See What's new in Flutter 3 and what's new in the docs
The Flutter and Dart teams are hiring. Learn more

The core of Flutter’s layout mechanism is widgets. In Flutter, almost everything is a widget—even layout models are widgets. The images, icons, and text that you see in a Flutter app are all widgets. But things you don’t see are also widgets, such as the rows, columns, and grids that arrange, constrain, and align the visible widgets.

You create a layout by composing widgets to build more complex widgets. For example, the first screenshot below shows 3 icons with a label under each one:

The second screenshot displays the visual layout, showing a row of 3 columns where each column contains an icon and a label.

Note: Most of the screenshots in this tutorial are displayed with debugPaintSizeEnabled set to true so you can see the visual layout. For more information, see Debugging layout issues visually, a section in Using the Flutter inspector.

Here’s a diagram of the widget tree for this UI: 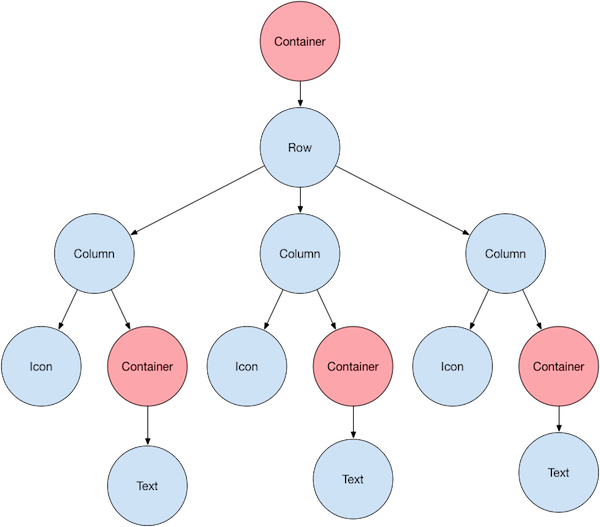 Most of this should look as you might expect, but you might be wondering about the containers (shown in pink). Container is a widget class that allows you to customize its child widget. Use a Container when you want to add padding, margins, borders, or background color, to name some of its capabilities.

The rest of the UI in this example is controlled by properties. Set an Icon’s color using its color property. Use the Text.style property to set the font, its color, weight, and so on. Columns and rows have properties that allow you to specify how their children are aligned vertically or horizontally, and how much space the children should occupy.

Lay out a widget

How do you lay out a single widget in Flutter? This section shows you how to create and display a simple widget. It also shows the entire code for a simple Hello World app.

In Flutter, it takes only a few steps to put text, an icon, or an image on the screen.

Choose from a variety of layout widgets based on how you want to align or constrain the visible widget, as these characteristics are typically passed on to the contained widget.

This example uses Center which centers its content horizontally and vertically.

For example, create a Text widget:

3. Add the visible widget to the layout widget

All layout widgets have either of the following:

Add the Text widget to the Center widget:

4. Add the layout widget to the page

A Flutter app is itself a widget, and most widgets have a build() method. Instantiating and returning a widget in the app’s build() method displays the widget.

For a Material app, you can use a Scaffold widget; it provides a default banner, background color, and has API for adding drawers, snack bars, and bottom sheets. Then you can add the Center widget directly to the body property for the home page.

For a non-Material app, you can add the Center widget to the app’s build() method:

That’s it! When you run the app, you should see Hello World.

This layout is organized as a Row. The row contains two children: a column on the left, and an image on the right: 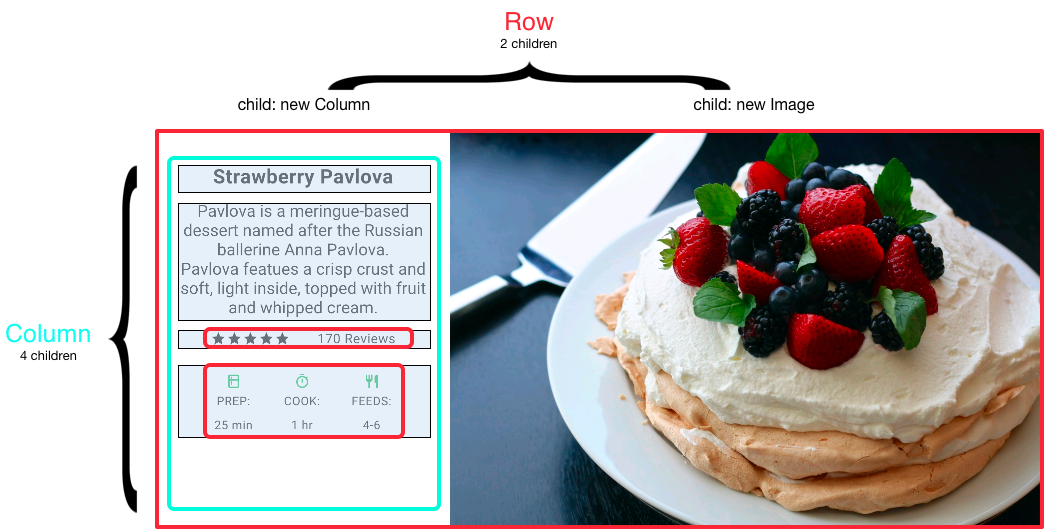 You’ll implement some of Pavlova’s layout code in Nesting rows and columns.

Note: Row and Column are basic primitive widgets for horizontal and vertical layouts—these low-level widgets allow for maximum customization. Flutter also offers specialized, higher level widgets that might be sufficient for your needs. For example, instead of Row you might prefer ListTile, an easy-to-use widget with properties for leading and trailing icons, and up to 3 lines of text. Instead of Column, you might prefer ListView, a column-like layout that automatically scrolls if its content is too long to fit the available space. For more information, see Common layout widgets. Note: When you add images to your project, you need to update the pubspec.yaml file to access them—this example uses Image.asset to display the images. For more information, see this example’s pubspec.yaml file or Adding assets and images. You don’t need to do this if you’re referencing online images using Image.network.

In the following example, each of the 3 images is 100 pixels wide. The render box (in this case, the entire screen) is more than 300 pixels wide, so setting the main axis alignment to spaceEvenly divides the free horizontal space evenly between, before, and after each image.

Columns work the same way as rows. The following example shows a column of 3 images, each is 100 pixels high. The height of the render box (in this case, the entire screen) is more than 300 pixels, so setting the main axis alignment to spaceEvenly divides the free vertical space evenly between, above, and below each image.

When a layout is too large to fit a device, a yellow and black striped pattern appears along the affected edge. Here is an example of a row that is too wide: 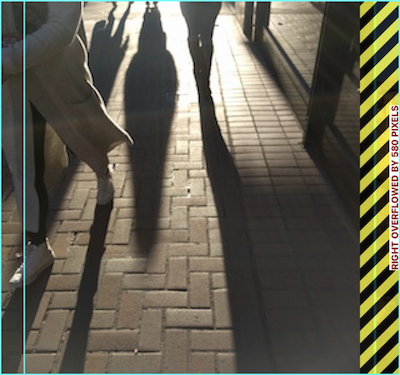 Widgets can be sized to fit within a row or column by using the Expanded widget. To fix the previous example where the row of images is too wide for its render box, wrap each image with an Expanded widget.

Perhaps you want a widget to occupy twice as much space as its siblings. For this, use the Expanded widget flex property, an integer that determines the flex factor for a widget. The default flex factor is 1. The following code sets the flex factor of the middle image to 2: 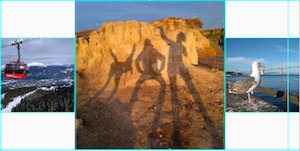 By default, a row or column occupies as much space along its main axis as possible, but if you want to pack the children closely together, set its mainAxisSize to MainAxisSize.min. The following example uses this property to pack the star icons together.

The outlined section is implemented as two rows. The ratings row contains five stars and the number of reviews. The icons row contains three columns of icons and text.

The widget tree for the ratings row:

The ratings variable creates a row containing a smaller row of 5 star icons, and text:

Tip: To minimize the visual confusion that can result from heavily nested layout code, implement pieces of the UI in variables and functions.

The icons row, below the ratings row, contains 3 columns; each column contains an icon and two lines of text, as you can see in its widget tree:

The leftColumn variable contains the ratings and icons rows, as well as the title and text that describes the Pavlova:

The left column is placed in a SizedBox to constrain its width. Finally, the UI is constructed with the entire row (containing the left column and the image) inside a Card.

The Pavlova image is from Pixabay. You can embed an image from the net using Image.network() but, for this example, the image is saved to an images directory in the project, added to the pubspec file, and accessed using Images.asset(). For more information, see Adding assets and images.

Tip: The Pavlova example runs best horizontally on a wide device, such as a tablet. If you are running this example in the iOS simulator, you can select a different device using the Hardware > Device menu. For this example, we recommend the iPad Pro. You can change its orientation to landscape mode using Hardware > Rotate. You can also change the size of the simulator window (without changing the number of logical pixels) using Window > Scale.

Flutter has a rich library of layout widgets. Here are a few of those most commonly used. The intent is to get you up and running as quickly as possible, rather than overwhelm you with a complete list. For information on other available widgets, refer to the Widget catalog, or use the Search box in the API reference docs. Also, the widget pages in the API docs often make suggestions about similar widgets that might better suit your needs.

Many layouts make liberal use of Containers to separate widgets using padding, or to add borders or margins. You can change the device’s background by placing the entire layout into a Container and changing its background color or image. 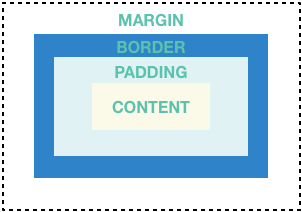 This layout consists of a column with two rows, each containing 2 images. A Container is used to change the background color of the column to a lighter grey. 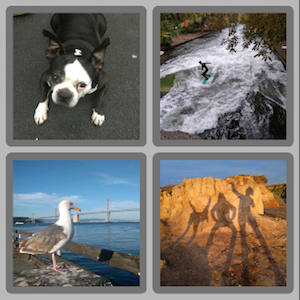 A Container is also used to add a rounded border and margins to each image:

You can find more Container examples in the tutorial and the Flutter Gallery (running app, repo).

Use GridView to lay widgets out as a two-dimensional list. GridView provides two pre-fabricated lists, or you can build your own custom grid. When a GridView detects that its contents are too long to fit the render box, it automatically scrolls.

Note: When displaying a two-dimensional list where it’s important which row and column a cell occupies (for example, it’s the entry in the “calorie” column for the “avocado” row), use Table or DataTable. 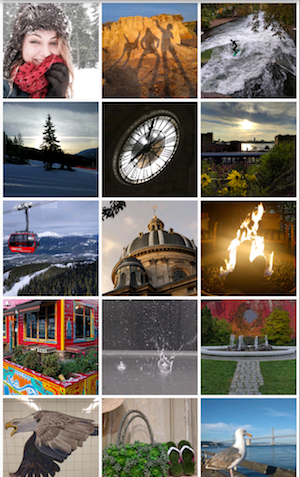 Uses GridView.extent to create a grid with tiles a maximum 150 pixels wide. 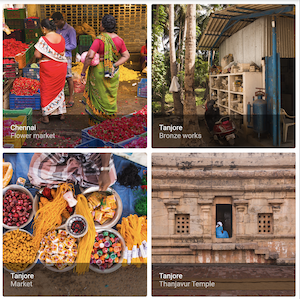 Uses GridView.count to create a grid that’s 2 tiles wide in portrait mode, and 3 tiles wide in landscape mode. The titles are created by setting the footer property for each GridTile.

ListView, a column-like widget, automatically provides scrolling when its content is too long for its render box. Uses ListView to display a list of businesses using ListTiles. A Divider separates the theaters from the restaurants. 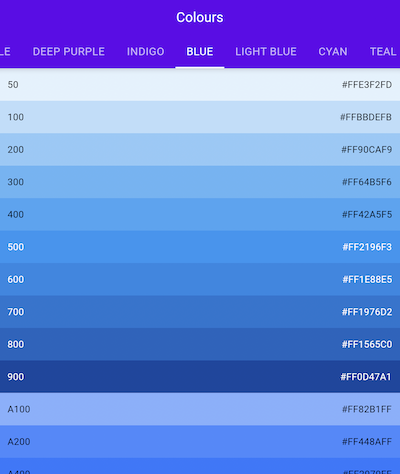 Uses ListView to display the Colors from the Material Design palette for a particular color family.

Use Stack to arrange widgets on top of a base widget—often an image. The widgets can completely or partially overlap the base widget.

Uses Stack to overlay a Container (that displays its Text on a translucent black background) on top of a CircleAvatar. The Stack offsets the text using the alignment property and Alignments. 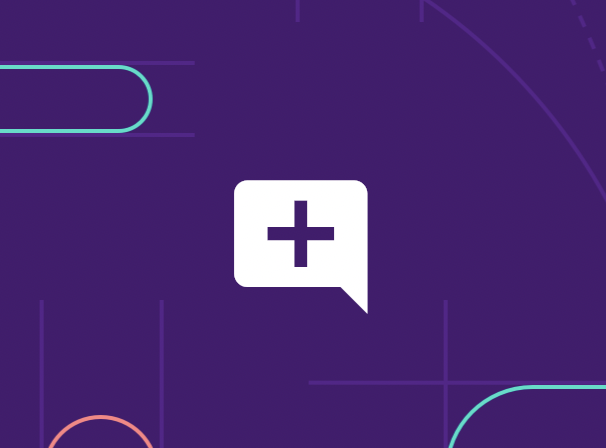 Uses Stack to overlay an icon on top of an image.

A Card, from the Material library, contains related nuggets of information and can be composed from almost any widget, but is often used with ListTile. Card has a single child, but its child can be a column, row, list, grid, or other widget that supports multiple children. By default, a Card shrinks its size to 0 by 0 pixels. You can use SizedBox to constrain the size of a card.

In Flutter, a Card features slightly rounded corners and a drop shadow, giving it a 3D effect. Changing a Card’s elevation property allows you to control the drop shadow effect. Setting the elevation to 24, for example, visually lifts the Card further from the surface and causes the shadow to become more dispersed. For a list of supported elevation values, see Elevation in the Material guidelines. Specifying an unsupported value disables the drop shadow entirely. 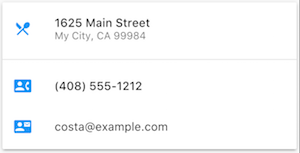 A Card containing 3 ListTiles and sized by wrapping it with a SizedBox. A Divider separates the first and second ListTiles. 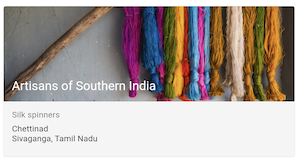 A Card containing an image and text.

Use ListTile, a specialized row widget from the Material library, for an easy way to create a row containing up to 3 lines of text and optional leading and trailing icons. ListTile is most commonly used in Card or ListView, but can be used elsewhere. 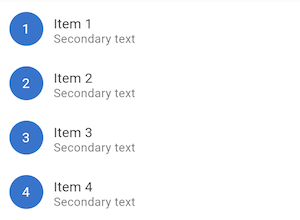 To fully understand Flutter’s layout system, you need to learn how Flutter positions and sizes the components in a layout. For more information, see Understanding constraints.

The following videos, part of the Flutter in Focus series, explain Stateless and Stateful widgets.

Each episode of the Widget of the Week series focuses on a widget. Several of them includes layout widgets.

Flutter Widget of the Week playlist

The following resources might help when writing layout code.